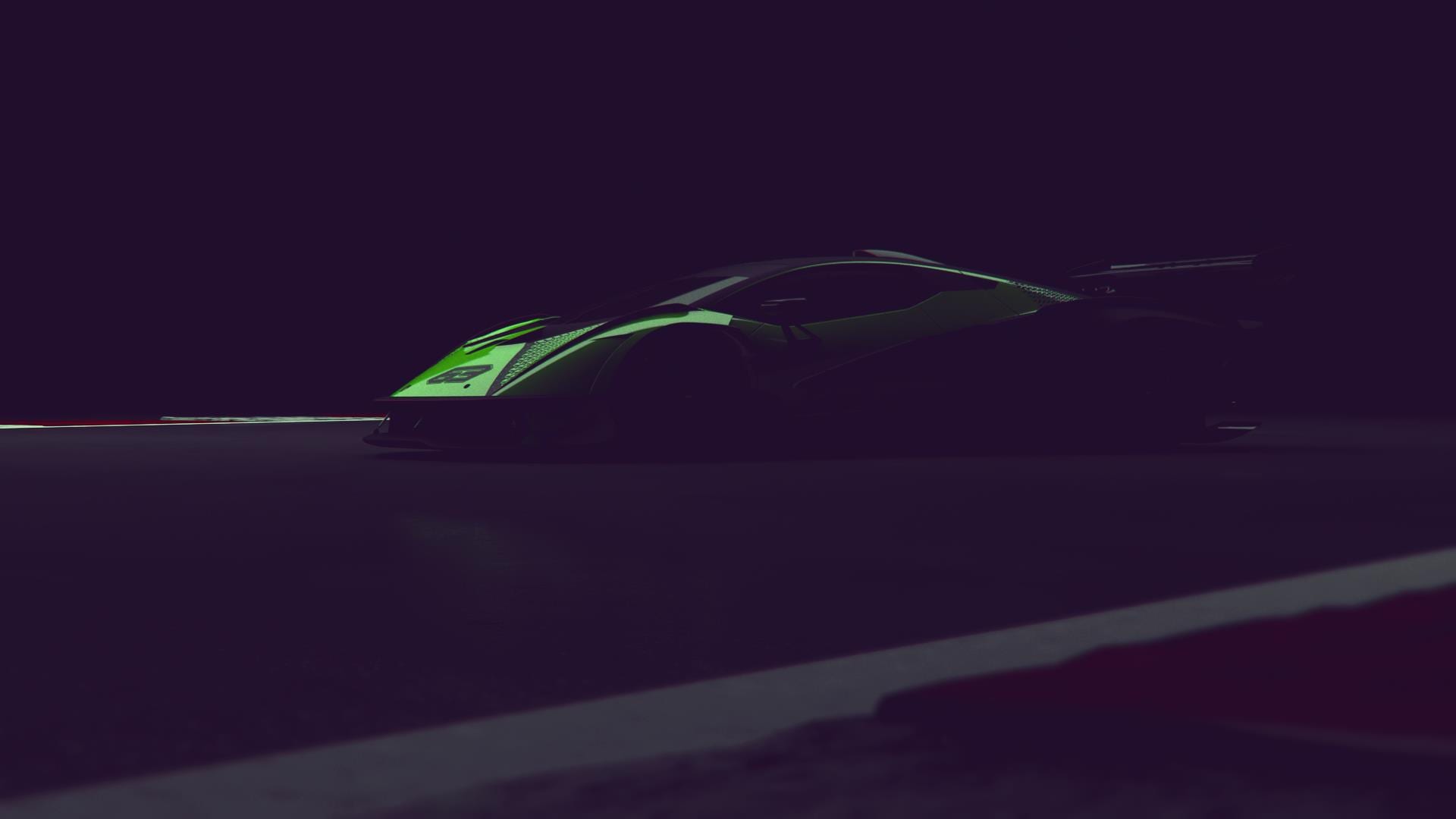 It’s no secret that Lamborghini makes fast cars, very fast cars! While it’s nice to see them out on the streets, the track is the only place where a mid-engined supercar can really be tested. Lamborghini haven’t really been one to indulge in building track only supercars barring the mental Sesto Elemento, everything else has been road legal in recent history.

Developed by Lambo’s Squadra Corse department and debuted a few weekends ago at the World Finals of the Super Trofeo, this new nameless track hypercar will have upwards of 830bhp. It is loosely based on the Aventador but there are no restrictions around this car, they have gone mental with it! One can expect it to be in the same league as Ferrari’s FXXs and McLaren’s GTRs. The 6.5L V12 engine from the Aventador has been tuned to deliver more power than ever before.

The car will be have a carbon monocoque chasis with an aluminium sub-frame and the engine will be contained within a steel housing. It won’t have the same 7 speed gearbox as the Aventador but will instead have a 6 speed sequential gearbox developed by Xtrac.

Lambo also revealed the completed Urus ST-X which is 25% lighter than the normal car and is setup for racing, the Urus ST-X will get its own racing series next year. Would you choose the Lambo Hypercar over McLaren’s GTRs or Ferrari’s Fxxs?